Allmän beskrivning : Exterior: The Jensen Interceptor MK3 looks super sharp in grey metallic. The very small amount of corrosion that was on this car was taken care of in 2006 and then the car was repainted. It still looks wonderful today since the car has not been used much. The wheels that are special for MK3 were refurbished at the same time. Excellent panel fit and very good original chrome. The Jensen Interceptor is a fantastic Grand Touring car produced from 1966 to 1976. This Jensen is from 1975 and is a left hand drive.

Interior: To open the door of the Jensen Interceptor is like stepping into a Gentleman’s club. The first thing that meets you is that walnut dash full of gauges and vents. Wonderful dark blue leather and blue carpets. The front seats were reupholstered in 2006. Most other cars from this time period had full black instruments, but the Jensen Interceptor has chromed instruments and it looks very nice. They are all working and look perfect. The car was originally fitted with air condition and it is all there, but needs to be revised. There is also original electric sunroof.

Engine: The V8 engine is strong and in very good order holding good oil pressure and offering top performance. The gearbox offers lovely smooth changes and you will be happy to see a stop sign so you can accelerate away again. Brakes are very good and the car has a solid feel on the road. The Jensen Interceptor is one of those hybrid cars I like so much. Using Italian design with a robust American powerplant that is cheap to maintain (compared to any Maserati or Ferrari).

History: One of the things I find very interesting with this particular Jensen Interceptor MK3 is that it was sold new here in Sweden by Wendels who was the importer during this time. And, it looks like the Jensen had only 3 careful owners over all these years. It was last time through Technical Inspection in 2006 in Sweden. But, it has not covered many kilometers over the years. For a Swedish buyer, we will get a fresh inspection (MOT) done. Original jack and tools in the original pouches in the back. Original handbook, workshop manual and several invoices from work done by Wendels over the years.

1975 Jensen Interceptor MK3 , sold new in Sweden is listed såld on ClassicDigest in Saxtorp by Auto Dealer for €49000. 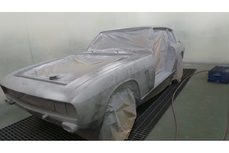 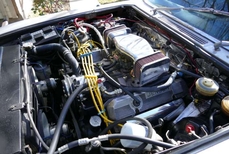 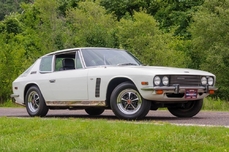 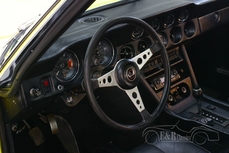 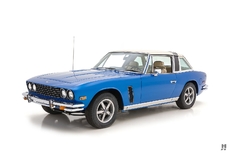