Allmän beskrivning : 1958 Edsel Pacer Convertible with Continental Kit The Edsel brand became launched on September 4, 1957 with 18 models and an established separate Edsel Division of Ford. After Ford President Henry Ford II and his brothers, Benson and William Clay, introduced the new 1958 Edsel Citation convertible to enthusiasts, Edsel’s second 1958 ragtop was a Ford-designed Pacer model version. Only 1876 units were built, and were $800 less than the fore-runner Citation. Designer Roy Brown’s objective was to come up with a car that looked nothing like anything else on the market. In that approach, he was successful. But public acceptance became another challenge for the new Ford division, as history indicates. Price-leading twins, Ranger and Pacer, were based on Ford’s 118-inch Fairlane chassis. The engine utilized for Ranger and Pacer models were Ford’s 361cid V-8’s producing 303-hp. Ironically, after the first introduced, Edsel slashed to 10 models and eliminated both Pacer and Citation. Over time, nonetheless, Edsels have gathered most dedicated followers. As a result, numerous restorable, exceptional cars survived with ‘58’s and ‘59’s, the easiest to find. But enthusiasts remain cautious. Edsels from 1960 are very rarely found. There exists numbers of Ford-based and Canadian production fakes. However, if still found, the 1958 Pacer or Citation convertibles can be quite expensive and high-return investments. Be aware too; if found with factory AC – notably with hardtops – can add +15% more to value pricing. The exemplary 1958 Pacer Convertible featured here has a newly rebuilt 361 V-8 (July 2000) with refurbished standard transmission, new white-wall rubber all around, perfectly functioning new convertible top, fitted skirts, working heater and radio, power antenna and excellent Black acrylic enamel paint. There was 33,000 original miles on the car before complete restoration. Present owner of the Pacer has driven and maintained the car for 27-years. Extra parts, historic information, early photos and advertisements go with purchase, including an extra generator, starter, and water pump. Check out the following number breakdown and information that was provided to us by former Edsel Club president and current KBB editor Phil Skinner! Starting with the serial number W8UR728469 we find: W=261 cid/303 HP “E400” V8 engine. (The E400 was based on the engines advertised foot/pound torque rating). 8=1958 model year U=Louisville, KY assembly plant (where the majority of Edsels were produced) R=Pacer convertible 7=Edsel 28469=28,469th Edsel “scheduled” for production at the Louisville facility. The body code line breaks down as follows: Body: 76B=Convertible/Pacer series Color: A A=Single Tone Raven Black Trim: AN=White and Black “Boxcalf” Grain vinyl seats with black-white painted dashboard, black garnish moldings Date: 20C=March 20, 1958 as the day this car was “scheduled” for production Trans: 1=3-speed manual transmission Axle: C=3.56:1 rear axle ratio (on very early production models this was a 3.89:1 ratio, but was brought down a notch around October 1957. A total of 1,876 Edsel Pacer convertibles were produced for the 1958 model year. The standard drive train was the 361 cid “E400” engine with the three-speed manual transmission. When first released, the press loved the design of the Edsel. However, due to some poor initial assembly quality combined with some internal issues at Ford Motor Company as well as a major recession, Edsel sales did not take off as predicted. Within weeks of the car’s release it had already become the subject of jokes and its reputation had been cast. However, Ford Motor Company did invest a lot of effort and time into improving the Edsel, including placing dedicated Edsel inspectors at Louisville and those cars produced after January 1, 1958, saw incredible improvements in fit, finish and overall quality. The E400 engine was rated at 303 HP, and was considered a solid performance engine. It was the first version of the “Big-block” FE V8 engines to hit the market. While most of the Pacer convertibles were fitted with automatic transmissions, either a column-shift unit or the push-button Teletouch, customers looking for peak performance could order the Overdrive unit, or for the ultimate in get-away starts, the 3-speed manual shifter. According to The Edsels Database Registry, over 230 Pacer convertibles have been found. To date just six of these cars have been found with the 3-speed manual transmission. Using basic mathematics, this would indicate that about 47 Pacer convertibles were produced with this transmission, but experts feel that the real number is probably about half of this projected figure. This is a very unique opportunity to purchase a manual transmission equipped version of the Pacer convertible. In fact, it is the only such car I have ever seen over for sale in my 35 plus years of involvement with the Edsel hobby. It comes from a long-term ownership by a person who have loved and driven this car with car for many years. Click here to view a PDF version FOR SALE at REDUCED DOWN TO $39,900.00! Evaluated by Hagerty Price Value Guide, April 2015, and increasing in monthly value, the 1958 Pacer Convertible is a solid Condition 2. Such quality cars can easily win local or regional shows, and can be closely evaluated into Condition 1 vehicles that have been driven or aged a bit. Seasoned observers would have to look closely for flaws. General public would find few if any negatives about quality. Paint, chrome, glass and interior appear excellent. No smoke at start up. No unusual noises coming from the engine or drive-line. Vehicles drive as a new car of its era. A word description of a Condition 2 car is Excellent. Be aware that with inexpensive improvement and detailing, the 1958 Edsel Pacer Convertible could easily become a Condition 1 car at $88,000 into $90,000 value within coming months. For exceptional investment, buy now.

1958 Edsel Pacer is listed till salu on ClassicDigest in Arlington by Cris & Sherry Lofgren for $39900. 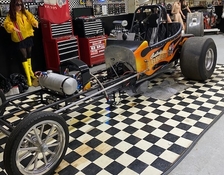 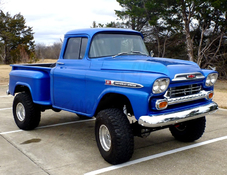 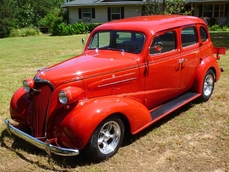 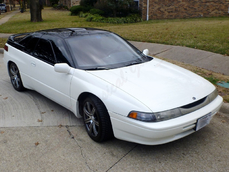 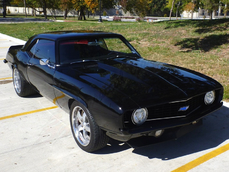