What’s the one thing that scares everyone about buying a vintage Jag with a V12? Maintenance and repairs. This bright Arctic White 1988 Jaguar XJS convertible neatly solves that problem with a bulletproof Chevrolet LT1 V8 and automatic transmission out of a C4 Corvette. The transplant gives the vintage Jag considerably more punch without visibly altering its appearance. And we’ll admit, the XJS is one good-looking car. This one has always been kept out of the elements, so there’s no structural rust or other issues under the surface, and it was repainted about 15 years ago in its original Arctic White. There are some areas where the paint is showing its age with checking and even some flaking on the textured rockers, but it’s not serious and at this price, you’ve got room to make some improvements. British cars always have enough chrome to make them look well-dressed, and the heavy brightwork on this Jaguar still whispers quality in a way that few other automakers have been able to master. And please check out how the power antenna fits through the rear spoiler—too cool! The only visible clue that something special is going on are those “LT1” emblems on the front fenders, but they almost look OEM.

The beautiful blue leather interior is more proof that nobody does interiors like the British. Beautiful blue leather and real burled walnut inlays outweigh the car’s price tag by a wide margin and everything is in fantastic condition. Even with the heart transplant, most of the original gauges are still monitoring the engine’s vitals, although the tachometer is offline due to the LT1’s electronic ignition. The original shifter, which is a work of art all by itself, now controls four forward gears instead of three, so it doesn’t quite line up perfectly, but that’s a compromise that’s easy to make for an overdrive. A Kenwood AM/FM/CD stereo head unit replaces the original and sounds significantly better, particularly with the insulated top in the up position. And speaking of the top, the blue canvas is in excellent condition with a glass rear window and a matching boot to clean things up with its down. The trunk is modest, but it’s deep and well-shaped, and if you need more space there’s a package shelf behind the seats. For a 2-seat ragtop, this one works pretty well as a grand tourer.

The original 5.3 liter V12 is gone and for those of you looking at this car, that’s probably a plus. In its place is a Corvette-based 350 cubic inch LT1 V8 with 300 horsepower and 330 pounds of torque—both improvements over the Jag. The transplant was done using a John’s Cars “QuarterBreed” kit that makes the LT1 almost look like it was born there. It’s a neat fit and with all the original features intact, including factory EFI, it starts easily, idles nicely, and runs beautifully. The wiring is neatly integrated with the Jaguar’s harness and don’t worry, it stays cool in traffic. Even the Corvette’s alternator, power steering pump, and A/C compressor made the transition intact, so service will be affordable and easy in the future. The matching 700R4 4-speed automatic was an easy swap since the Jag was originally equipped with a TH400, and it feeds the original independent rear end with inboard disc brakes and dual shocks, so it still rides and handles like a Jaguar. Long-tube headers and a custom exhaust system give it a decidedly un-Jaguar-like soundtrack, but that’s a big part of the fun with this car. Factory 15-inch alloys retain the OEM look and carry 215/65/15 Firestone radials at all four corners.

Documentation includes the Jaguar’s original window sticker, plus the complete John’s Cars swap manuals for reference in the future.

This isn’t a car for everybody, we get it. But if you like the look of the Jag and understand the appeal of low-maintenance and improved performance, well, maybe this is for you. It still looks the part and feels like a much more expensive car going down the road. It’s expertly built and nicely sorted, so it works like a real car and not some home-built project. That’s really impressive. If that’s your thing, check out the price and then give us a call! 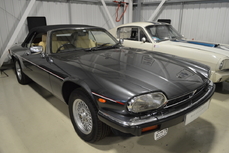 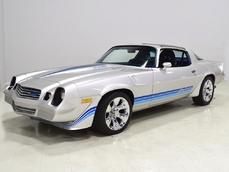 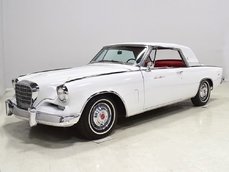 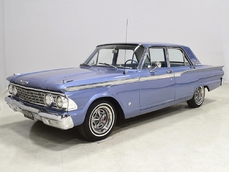 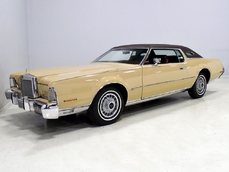