Allmän beskrivning : Extremely rare Lamborghini Jarama S1972 Lamborghini Jarama S an extremely well preserved example of this rare and desirable model.  V12 with six Carbs/five speed/AC  ID#10354. A true S, is an very rare find. This California car is believed to have had only three owners all from the Bay Area since 1972.  The paint is quite serviceable and while it has some minor cracks and imperfections, is consistent with the patina of the rest of the car.  The interior is beautiful original red leather and even the dash is still nice and original.  The body, including door, hood and boot fit is extremely nice, and undisturbed, and being from San Francisco free of the normal rust the plagues low production Italian exotics.  The 73,543 total kilometers (45,965 miles) are correct, and the car comes with the tool roll and jack and bag together with the manual and shop manual.  The car sounds and runs well, however there is a breach from a combustion chamber somewhere as it starts to get hot during a short drive, and is also getting moisture into the oil.  This can be caused by a leaking head gasket, or a crack in a casting, and will require immediate repair prior to use.  The motor however, runs and sounds great.  Gearbox, clutch and suspension feel good.  AC blows, but not cold.  With the heating situation solved, this would be a great car to just leave alone and enjoy. NEW PRICE: $119,500

1972 Lamborghini Jarama is listed till salu on ClassicDigest in New York by Gullwing Motor Cars for $119500. 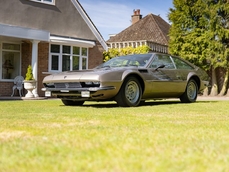 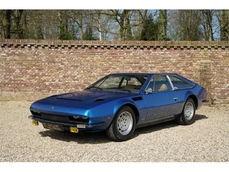 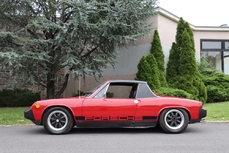 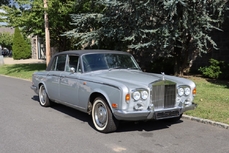 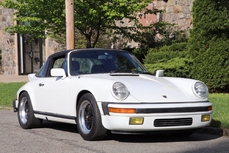 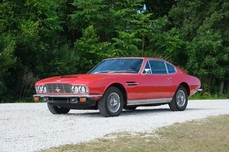