Other Other Amphibious Car 2012

Allmän beskrivning : The fascinating Sea Lion prototype is the brainchild of Marc Witt, a San Francisco-based engineer whose dream was to create the world’s fastest amphibious vehicle. Mr. Witt officially calls the Sea Lion an “Amphibious World Record Competition Vehicle,” and while there’s no official sanctioning body or prize for such attempts, there are plenty of bragging rights on the line, and a handful of competitors from around the world have gone all-out, driven by a passion for tackling this extreme engineering challenge. While there may be no prizes on offer, the benefit of having no sanctioning body is that there is no rulebook, and engineers are free to use the full extent of their creativity, as the Sea Lion demonstrates.

The Sea Lion is a clean-sheet, ground-up design based on a monocoque hull/chassis fabricated from 5052 aluminum, which is favored by the marine industry for its light weight and durability in harsh saltwater conditions. Chassis components are predominantly one-off items fabricated from CNC machined aluminum, with off-the-shelf parts kept to a bare minimum. The design resembles a cross between a Group C car and the Speed Racer Mach V with its central seat, aerodynamic bubble cockpit, pronounced side pods (which can be used for storage and flotation) and louvered front wheel arches. It is remarkably compact, a feat that is particularly impressive considering the technology packed under the skin. In car form, it features four-wheel independent suspension, four-wheel disc brakes (adapted from boat trailer designs to be effective right out of the water), and a massive movable front spoiler. Power comes from a 13b rotary sourced from a mid-70s Mazda, which feeds a manual transaxle geared for a theoretical 180 mph top end. The Mazda rotary is an ideal choice for such a vehicle, as it is incredibly light and compact relative to its output. Fed by a single Weber DCOE carb, the 13b delivers ample horsepower to propel the Sea Lion to a top speed of over 130 mph in testing, which at the time was enough to secure the “land” portion of an official record attempt. The design brief claims the tub will accommodate other versions of the Mazda rotary, including the late-model Renesis engine from the RX8, which can make upwards of 350hp with forced induction. For the real speed freaks, the Sea Lion’s creator had an even bigger plan, to partner with rotary-engine specialists, Defined Autoworks of Ohio to provide a monstrous four-rotor R26B with up to 500 horsepower.

The fun doesn’t end at the bottom of the boat ramp. For the sea, propulsion comes from a single jet pump, rated to handle up to 500 horsepower. The Sea Lion’s party trick is revealed when it hits the water. Dramatically, the front fenders raise, and the wheels retract on hydraulics as panels deploy to cover the bottom of the wheel well. The rear wheels also retract, and the front spoiler moves up, directing water under the vehicle and allowing it to get on plane quickly. The jet pump is steerable, allowing for excellent maneuverability.

Video footage shows that the initial sea trials were successful, (https://www.youtube.com/watch?v=tPtsvM_IeMY)giving real merit to Mr. Witt’s ingenious solutions to the complex engineering obstacles. While the Sea Lion behaved well, a high-speed record run on the water was not yet attempted. As offered, the Sea Lion’s enormous potential is largely untapped, and the project awaits a new leader to grab the baton and develop this remarkably creative machine into the record-breaker it was designed to be.

Please note that this is an experimental racing vehicle and is sold on Bill of Sale only.

2012 Other Other Amphibious Car is listed såld on ClassicDigest in St. Louis by Mark Hyman for $187500. 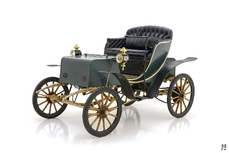 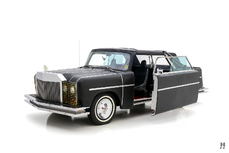 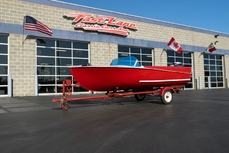 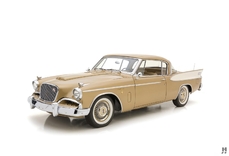 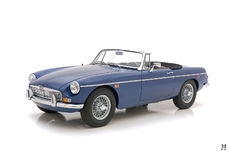 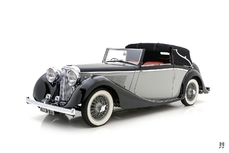