Allmän beskrivning : Description
The 1981 Pontiac Trans Am Turbo Indy 500 Pace Car is a rare and unique machine, but this special custom is at a whole new level. It takes the T-top coupe you love and adds sleek new paint, a fully upgraded suspension, performance-built overdrive transmission, and a professionally built 600 hp stroker V8. So dig into all the details on a fresh and big money build that delivers a custom Firebird that loves to fly.
There are great investments all over this coupe to make sure it's the right balance of vintage style and a slick serious power machine. This starts with the paint. The correct shade of white was refinished only over a year ago, so it has a look of accuracy and plenty of luster in the sunshine. The '81 Pace Car was distinct for its high-contrast package with black details like the bumpers, roof, and pinstriping. Even the official pace car decals are part of this color theme. So new ones were applied after the respray to make sure the full package continues to have a sharp look. And of course, the hood bird remains a focal point of this T/A. But for those who really want to get up close, there are signatures underneath the front splitter, on the passenger side, that suggest this coupe was actually at the 1981 Daytona 500! The pace car option made for one of the priciest Pontiacs you could buy in 1981, and it's also why it's one of the rarest with only 2,000 examples produced. But you want this for more than just exclusivity. There are cool additions like the tinted headlight covers, center-mount antenna, Hot Wheels decals, and rear windows louvers. And those 20-inch Ridler alloys are the sure sign of an upgraded machine.
Those who know Pontiacs will be instantly excited the moment they see the interior. These received a special color theme as part of a terrific upgrade. The black and red is exceptionally distinctive, and we know you instantly spotted those Recaro seats. They are a rare piece, and so it's great to have them looking so good. Best of all, you can share this distinction easily with the world thanks to the T-tops. This was the top-of-the-line T/A for Pontiac, and so it's loaded with power windows, power steering, tilt column, and provisions for R134a air conditioning (needs a servicing to blow cold again.) This even still has the special factory AM/FM/cassette stereo that glows red to match the interior. This is a driver's classic, so you get to face iconic components like the Trans Am's special three-spoke steering wheel, cool machined aluminum dash, and the full gauge package with tach/clock combo. But just like the exterior, you can also see there's more going on with this rare classic. The roll bar adds strength to the chassis, and the shifter is now a Hurst dual gate unit we're used to seeing on the best classic Pontiac performance machines.
The engine bay is at the heart of this Pontiac's freshness. The turbo V8 was a great calling card when these were new, but this special one goes for far more power. It now has a fresh and dark 383 cubic-inch stroker V8 built by West Coast Performance. It's a balanced and blueprinted setup that includes ported & polished, 11:1 compression, and topped with a Holley 770 Brawler four-barrel carburetor. And long tube headers feed the menacing growl of the Pypes M-80 exhaust that exits under the car. The transmission is a 700R4 four-speed Stage III unit built by Patriot Transmission, and it includes a Boss Hog stall to keep you in the ideal powerband. This full package is said to make a street-eating 600 horsepower, and it's so fresh that there's only 25 miles since the swap (both the motor and transmission are even still under warranty!) It's supported by all the best pieces, including a high torque starter, Holley electric fuel pump, serpentine belt system, and aluminum radiator w/electric fans. As you look underneath, you can see a freshly painted undercarriage with a new BMR front suspension arms, 10-bolt limited-slip rear, sway bars front & rear, fresh urethane bushing all around, and Wilwood four-wheel disc brakes w/drilled & slotted rotors.
The sale comes complete with the original turbo V8, original turbo wheels, a Yukon 3.73 Posi rear end, and a detailed list of the thousands $$$$$ spent on this car's awesome upgrades. You also get build receipts, the factory buildsheet, owner's manual, and Pontiac Historic Services (PHS) documentation. It all proves this coupe is rare, distinct, upgraded, and absolutely awesome. Call now! 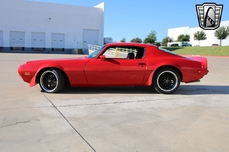 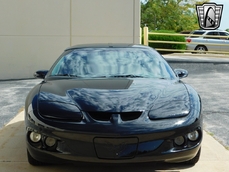 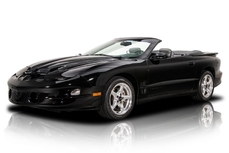 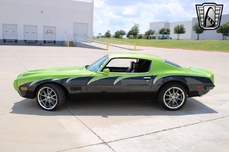