Pontiac's GTO is credited as the first production "Muscle Car". It was an option on the Tempest Lemans the first two model years (1964 & 1965), a separate model from 1966-1971, and then an option again for 1972-1974 on the Lemans & Ventura platforms. The Australian built 2004-2006 were the last made, before the Pontiac name was discontinued. 1966 was the highest production year at 96,946, and a custom 1966 GTO "Monkeemobile was designed by Dean Jeffries and featured on "The Monkees" TV show. One could spot 65-67 GTO's in TV's I Dream of Jeannie as well. Hit records by the likes of Jan & Dean and others sealed them in history forever.

This gorgeous car is very close to it's as-built configuration, still sporting the Burgundy paint and interior colors. It had a Platinum (painted) top originally, and we think it looks much better without it. A sharp set of custom wheels sets it off, along with the vintage looking radial redlines. The stance is killer- just like they looked staged on a dragstrip. Slightly high in front, ready to spank their competitors. We particularly like the louvered rear tail lights- the view many ever saw.

The parchment and black interior give nice contrast to the exterior color, and is in superb nice condition. Power steering, power brakes and automatic 2-speed transmission make it easy to drive. This car escaped any major changes... hard to find an unaltered one. GM had not offered the THM400 3-speed automatic in a GTO until the next year, but even with the automatic, these cars pulled like a rocket. Want even more performance? Swap out the 2-speed Powerglide with a 4-speed auto (a very popular update) or Tremec 5-speed, and perhaps bolt on a factory optional Tri-Power setup. Magic ingredients to make your Goat yodel a new tune ;)

Pop the hood for access to the Pontiac 389 V8, which has a performance cam, intake and ignition update. She has a sweet lope at idle, but it won't rattle your teeth out. The updated electronic ignition means no more points or condensers ruining your date night. Nice to actually have room around the engine, it makes routine service much easier. The base 389 in these cars made 335 horsepower and 431 ft. lbs of torque, more than enough power to bake the tires for 2 blocks without working very hard. In it's day, this was a very fast, mid-size car. Many of today's cars might whip it on a dragstrip today, but guess what... those new cars are a dime a dozen- they won't be worth much as they age. This car is investment grade; keep it nice, and it will continue to appreciate and you won't see 50 of them as you head to your destination. Get ready for thumbs up every where you drive it! 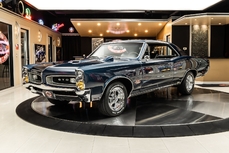 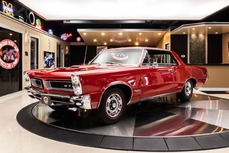 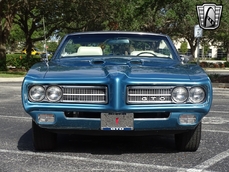 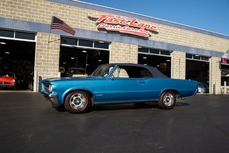 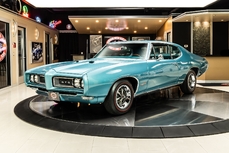 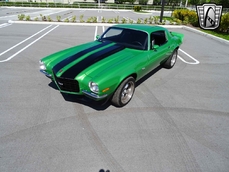 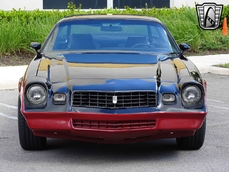