Description : Gateway Classic Cars of Nashville is proud to be digitally presenting this red hot 1967 Cadillac Coupe Deville. This 1967 Cadillac is equipped with a 429 CI V8 engine and a Turbo 400 automatic transmission. The exterior of this car is done in 2000 Viper Red with Gold Dupont mini flake. The interior has been reupholstered in OEM vinyl from OPG I. It is Tan with red accents and piping. One of the highlights of the car is the custom design work that was done in the trunk. It includes a remote-controlled light show that is sure to be a hit at car shows. The Cadillac was ceramic coated in 2019. This Cadillac rides on a set of 3 piece polished aluminum wheels that are wrapped with American Standard 235.70.15 tires with 3 1/8th wide whitewalls. The engine and transmission have both been rebuilt. The engine looks great with Cadillac valve covers and some chrome dress up items. The ignition has been upgraded to electronic. An Edelbrock 850 cfm carburetor replaced the original Rochester and a set of Sanderson ceramic headers with Flowmaster 50 series mufflers and stainless dual exhaust produce a deep exhaust tone. Both front and rear drop spring kits have been installed. All the exterior emblems have been Gold electroplated for a little extra class. This Cadillac looks and runs great. Are you ready for a cruise? To view this 1967 Cadillac Coupe Deville in greater detail, including HD pictures and an HD video, visit Nashville@gatewayclassiccars.com 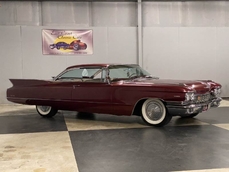 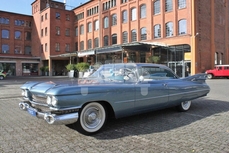 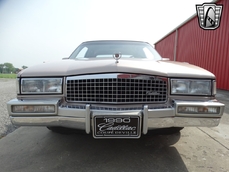 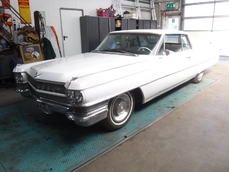 14500$
Nashville
More
About Cadillac
Cadillac was founded in 1902 from the Henry Ford Company by Henry Leland and named the company after Antoine Laumet de La Mothe, sieur de Cadillac, founder of Detroit, later to become 'the Automotive capital of the USA'. / Motor city.