General description : 1949 Chevrolet Fleetline Two-door rosedan California Car Finished in a handsome custom Dark Gray Metallic with heavy flake and black with red pin stripped scallops White seats with bright red interior dashboard and trim 216.5 CID inline six-cylinder engine with Fenton exhaust header and dual exhaust Three-speed manual transmission with Hand-E-Gearshift Lowered suspension with Coker wide white G78-14 tires surrounding full moon wheel covers Shaved door handles Classic lines, features that previously were only found on more expensive vehicles and enough body styles to satisfy most customers were all hallmarks of the 1949 Chevrolets. Mot Xotica Classic Cars is proud to present this 1949 Chevrolet Fleetline Special Two-door rosedan. This fastback sedan is tastefully customized to a small degree but it is full of big style! The heavy metallic flake paint job with the black scallops look amazing on this lowered coupe with wide whites and full moons, the inline six has a muscular tone out of the rear dual exhaust and the red and white interior interweaves perfectly with the exterior!Dressed in a sparkling dark gray metallic and black and red pin stripped scallops, the paint and trim are in very good condition overall, with some minor blemishes visible upon close inspection, on the hood, fenders, both doors and on the beltline trim. The windshield and other windows are all in good form, with no haze or chips evident. The vehicles lights are in similar good condition. The car rolls on Coker Classic wide whitewall tires, size G78-14, surrounding full moon wheel covers and the rosedan suspension have been lowered. Both the tires and wheels are in great shape. There are no windshield wipers and the door handles have been shaved but all of the cars body panels are in fine form and straight and the front, rear bumpers and trim are shiny and are in good condition.Under the counterbalanced hood is the original 216.5 CID inline six-cylinder upgraded with a Fenton exhaust header and dual exhaust, buttoned to a three-speed manual transmission. The engine bay is tidy and the battery appears new.Inside, the white seats are in very good condition and contrast well with the new charcoal carpet. The bright red metal dashboard and three-spoke steering wheel with the Hand-E-Gearshift look great. The door panels are in decent condition, as are the mirrors. This is a radio-delete model and the fuel, speedometer, and oil gauges are currently inoperable. The car also currently operates without a set of keys.TheChevrolet Deluxewas marketed from 1941 to 1952 and was the volume sales leader for the marque during the 1940s. In 1949, all the Chevrolets got the first new styling after the war.New-for-1949 features included 30 percent more glass area from a new curved windshield combined with a 32 percent slimmer A-pillar for panoramic visibility. The cars were the first and only ones in the low-priced field with push-button exterior door handles. Center-point seating placed the seats between the axles for a smoother, quieter ride and better ingress and egress due to wider doors. The seats were 60 wide, brought a new sense of roominess and comfort and with a built-in footrest under the front seat, allowed rear seat passengers to stretch their legs regardless of where the front seat was. Another new feature was a counterbalanced trunk lid that locked when closed, eliminating a handle to turn.Other new or improved features for 1949 included: Center-point Steering Certi-safe Hydraulic Brakes with new braking ratios Improved Knee-Action front suspension with new Airplane-Type Shock Absorbers, front and rear Improved Valve-in-Head engine and improved carburetion with a new fast idle mechanism Improved timing gear lubrication Improved air cleaner Thirty-three square inches more frontal cooling area with new radiator design Larger, more efficient spark plugs Improved motor mounts Hand-E-Gearshift Improved transmission with 50 percent more bearing support Rugged frame with sturdier body attachment Safer, single-unit exhaust system Extra wide wheel rims Extra-low pressure tires Positive-type pushbutton starting Improved parking brake control Faster-filling, vented fuel tankCompetition to this Chevrolet in 1949 included Fords Custom Tudor Six and Nashs Airflyte 600 two-door sedan.This car is currently located at our facility in St. Louis, Missouri. Current mileage on the odometer shows 24,625 miles. It is sold as is, where is, on a clean and clear, mileage exempt California title. GET OUT AND DRIVE!!!VIN:6GJH11937Note: Please see full terms and conditions listed below that pertain to the purchase of any said vehicle, thank you.

1949 Chevrolet Fleetline 2 Dr Custom is listed for sale on ClassicDigest in Bellevue by Specialty Vehicle Dealers Association Member for $32900. 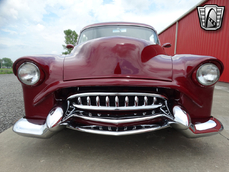 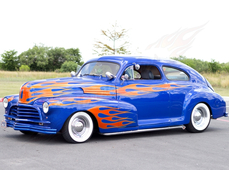 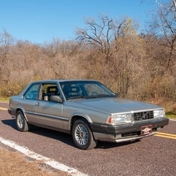 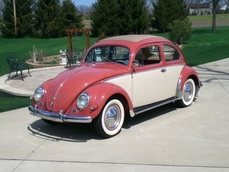 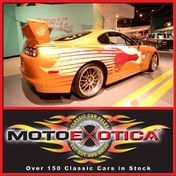 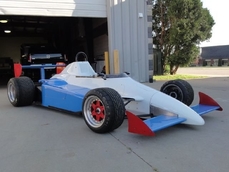 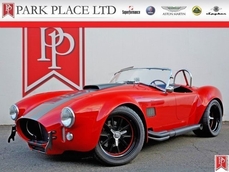 90610$
13710 NE 20th Street Bellevue, WA 98005
More
About Chevrolet
Chevrolet aka Chevy, founded in 1911 by Louis Chevrolet and William C. Durant is the best selling and biggest brand by General Motors -mainly due to low pricing.