General description : In 1936, Packard was riding high on the success of the entry-level 120. While competitors like Pierce-Arrow were headed for receivership, Packard had survived the great depression and was flush with cash. Introduced on August 10th 1935, the Packard 14th series replaced the 12th series (there was no 13th series for superstitious reasons), and the model itself was very much evolutionary. But for today’s collectors, it marked the end of the line for many signature Packard features such as the 17” wire wheels, ride control shocks, Bijur chassis lubrication and most notably, it was the final year for the legendary 385 cubic inch straight eight engine before the 320 cubic inch unit replaced it. As before, three distinct model lines were available; the Eight, Super Eight and Twelve. All were available in a wide variety of body styles and configurations ranging from sporty to formal. The Super Eight was the top eight cylinder model and in an effort to distinguish it from the Standard Eight, it shared features and options from the Twelve, such as the special fluid-filled counter-weight bumpers that smoothed the ride on rough roads. The styling for the 14th series was tweaked with eye toward streamlining: The radiator tilted back a further 5 degrees, and full, curvaceous fenders wore bullet headlamps. 1936 models remain very collectible for their “last of the line” appeal and beautiful classic-era style as much as for their outstanding performance and road manners.

This 1936 Packard Super Eight Rumble Seat Coupe Roadster (model 1404, body style 959) is a very rare example of this sporting model from the fourteenth series. Fewer than 1,500 Super Eights in all body styles were built in 1936, and it is believed that fewer than ten of style 959 remain. Importantly this car retains its original body, firewall tag and original engine. This is a highly desirable automobile among Packard enthusiasts and Full Classic collectors alike.

According to registration documents, the earliest known owner of this Packard was Roger Derby of West Concord, Massachusetts. He may have been the original owner, as the car was first delivered via Packard Motors Boston, per the firewall tag. The paper trail begins when it was purchased from Mr. Derby by F. Porter Sargent of Brookline, Mass in 1954. Mr. Sargent was a prominent writer, publisher and editor, and he was known to enjoy several fine automobiles, including a Waterhouse-bodied Pierce Arrow. The Packard remained with Mr. Sargent for many years, when in 1990, it was passed (along with the Pierce) to his nephew, Mr. John Doody of Nantucket, Massachusetts. Photographs show it was in remarkably straight and original condition when it was removed from storage.

Mr. Doody commissioned a full restoration with Lee Witt of Fremont, OH which was completed in 1998, and has been very well documented with photographs and receipts. Despite speaking very highly of its looks and performance, Mr. Doody sold the Packard in 2000 to focus on the restoration of his uncle’s Pierce-Arrow. Fred Heitman of Anaheim, California was the next keeper and he showed the car in numerous Packard Club events on the West Coast. His tenure was followed by another enthusiastic California collector who kept the car from 2003 onward. Included in the sale is a large history file that documents the restoration and ownership chain through the years.

Today, this marvelous Super Eight Packard presents in excellent condition. The restoration has been very well maintained, having aged remarkably well since it was completed. The bodywork and white paintwork show in very fine order and it features rare and unusual options such as golf doors, a rear-mounted “continental” spare wheel with painted metal cover and fluid-damper bumpers. The rear-mounted spare is a particularly interesting feature that cleans up the body sides, accentuating the length and sweeping profile of the fenders. Contrasting the white body are red wire wheels mounted on wide whitewall tires.

A rich, deep red interior and a very high quality top in burgundy canvas also provide a pleasing contrast against the paintwork. And just like the paint and body, the interior remains in lovely order with fine quality materials and beautiful detailing on the dash and controls. The wood door caps and woodgrained dash and steering wheel boss are simply gorgeous, pairing wonderfully with the deep red leather upholstery. Mild creasing in the leather shows this was a car that has been used and enjoyed on the road but also meticulously cared for.

Speaking of enjoyment on the road, the 14th series is highly regarded as one of the finest driving full-classic Packards. The engine presents in very good condition, is properly detailed in correct colors and is tidy and clean while showing some signs of regular use. In a letter to a potential buyer, Mr. Doody declares this Packard “drives like a dream, turns heads, and always draws applause from bystanders along the road”. His words still ring true, as this remains a marvelous example of a most desirable Packard model, ready to impress on CCCA CARavan tours, AACA events or Packard Club tours. 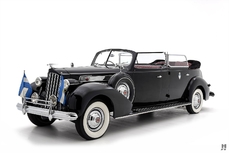 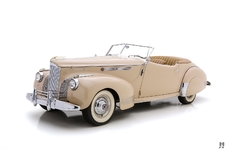 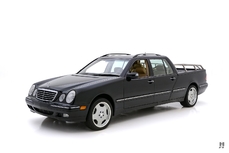 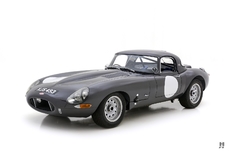 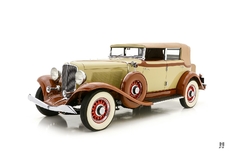 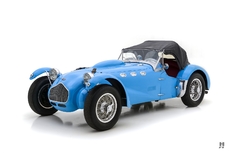