Considered to be one of the most successful race cars of all time, the Porsche 956 and 962 are legendary for their dominance in international Endurance Sports Car racing, not just in their heyday, but increasingly as main attractions in contemporary historic racing and concours events. The extensive list of team drivers including A.J. Foyt, Hans Stuck, Jackie Ickx, Al Holbert, Hurley Haywood, and Jurgen Barth, combined with unprecedented Porsche engineering explains how so many world championships and Le Mans Porsche victories (including first place at Le Mans every year from 1982 to 1987 and again in 1994) were repeatedly achieved.

The 962 was ushered in under the daunting task of replacing the 956. As such, a new longer wheelbase 962, achieved by moving the pedal box behind the front axle, was built to meet IMSA GTP specifications, along with a new steel roll cage, installed to improve safety. Many privateers modified 962s to suit their purposes. One of the most desirable but costly practices was to build these cars using stronger tubs. Former Lola engineer Jim Chapman developed a 962 tub that replaced some of the sheet aluminum with lightweight, durable honeycomb construction, a construction technique also employed by Fabcar, the company that built some of the Porsche factory 962 tubs.

The 962 chassis featured front suspension with coil over dampers and wishbones, while the rear utilized rocker arms and dampers with cross drilled and ventilated disc brakes at all corners. The completed 962 was the culmination of decades of Porsche racing experience, particularly the preceding decade when Porsche went from its hard won first Le Mans victory with the 917 to becoming an unstoppable force in endurance racing starting with the 936 in 1976. The 962 vastly improved on the 956, delivering a more resolved, highly effective, and remarkably manageable race car. The longitudinally mounted mid-engine air-cooled 4 valve per cylinder Porsche DOHC 3.0 liter unit with KKK Turbo and Bosch fuel injection, developed specifically for the 962 to win the 24 hours of Le Mans, would go on to deliver Porsche their sixth record victory at Le Mans in 1987. With 780 hp on tap and 1984 lbs weight, it’s no wonder the 962 achieved a record breaking 180 victories, besting the previous 956 from which it was derived. Today, with the increasing popularity of historic race events for which these cars are eligible and in demand, they have rapidly become a top choice among competition-minded enthusiasts seeking the very best in performance and engineering. The 962 captures the excitement and glory of Porsche’s dominance and authority at racetracks all over the world, reaffirming more than half a century of motor sports excellence.

This 962 is the last car Bob Akin campaigned in the IMSA series. Akin ran several 962s, including 962-102 in the 1984 and 1985 IMSA seasons. 962-102, the second customer 962 built, was eventually damaged and a replacement tub sourced, 962-113, which the team raced until mid 1987 when they began campaigning this car. This car, outfitted with the updated composite Chapman tub, offered superior safety and driver protection, attributes that remain true today, as the tub was never structurally compromised during competition. As the Akin Coca-Cola Yokohama/Paradyne sponsored team was winding down, Akin took delivery of 962-C04, making it the last IMSA car he campaigned, and the first team car Akin would not personally drive. This fortuitous circumstance allowed for celebrated drivers Hurley Haywood, James Weaver, and Vern Schuppan to step behind the wheel and pilot the car. Painted in a stunning and dynamic red and black color scheme, the Coca-Cola Yokohama/Paradyne sponsored car also ran the season with Hudson Wire Company sponsorship (owned by Akin). At its first outing, C04 finished 5th at Road America 500 with James Weaver and Vern Schuppan at the wheel. Shortly after that race, legendary endurance icon Hurley Haywood piloted C04 along with James Weaver to an 8th place finish at Columbus. The third and final race would be at the Del Mar 2-hour with James Weaver as the sole driver. At the close of the 1987 season, C04 would retire unscathed from IMSA competition, just as legendary Bob Akin would also do that year.

After retirement, Akin retained the car until 1991, selling it to Dr. Tom Green of Saline, Michigan. In 2002, Green sold the car to Stan Wattles of Glen Cove, New York. Wattles then engaged expert Sean Creech of Sean Creech Motorsport/Metro Racing Systems to restore the car to a high visual and mechanical standard. In 2005, Wattles sold the car to Rasim Tugberk of Fairfax, Virginia, who then sold it to a collector in Miami, Florida in 2006. In 2012, the next owner purchased the car, performing significant mechanical work again with Sean Creech.

Important race cars such as this 962 have become highly sought after, but it is critically important that their mechanical history and track time have sound documentation and records of professional support. C04 is one of those remarkable cars that has benefited from such care throughout the documented years of ownership. As a late production Chapman tub car with very low total hours and no known damage history, the prior owner engaged Sean Creech in 2004-2005 to install a Klaus Fischer dyno tested 3.2 liter engine fitted with air-air intercoolers and Bosch Motronic 1.2 engine management system, a new fuel cell, new 8:37 ring and pinion, and transmission gearing for Daytona, Sebring, and Laguna Seca. Additionally, 4 new BBS wheels were installed in November 2014, and a new clutch disc and gear set were also installed. During this period C04 was comprehensively examined while carefully removing the engine, gearbox, and lower rear control arms. With body panels removed, the chassis was cleaned, and several other jobs performed, including electrical work, a complete nut and bolt check, fluid replacement, and setting up the shocks.

Shortly thereafter, the car was shipped to Germany where Rinaldi Racing renewed the driveshaft, revised the air jacks, installed a new fuel tank, installed new front and rear dampers, removed and checked the steering box, dismantled the clutch and flywheel and replaced the crankshaft seal, installed new spark plugs and distributor caps, installed new brake discs and pads, installed a new wheel brake cylinder, optimized the wiring harness, installed new fuel injectors, a new turbocharger, installed new door windows, and all FIA paperwork was prepared for the car. The car was then driven at Patrick Peter’s Monza Historic event, logging approximately 2 hours, then at Nurburgring for 2 additional hours where, in both cases, trackside videos depicting the car at speed document the capability and confidence in the performance of this 962. After participating at those European events, the car returned to North America. The current owner entered and was accepted with the car at Le Mans Classic, and it is possible this entry is transferable to the next owner, should they wish to compete with the car at this most highly sought after and prestigious event.

Today, this 962 is spectacular in stunning red and black racing livery. C04 has excellent paint and bodywork which show minor areas of track use in the paint finish mostly confined to the front of the car. True to the nature of competition, during a test session, the right side of the car was given a friendly touch just aft of the front wheel, creating a visible rubber swirl, ironically “shaving” the Norelco sponsor decal on the flat panel surface. In addition to the track action credibility, the graphics are dynamic and impressive, not only enhancing the stunning Porsche body design, but conveying a sensation of speed even when standing still. The body surface, much of which is protected with 3M film also features a clear windscreen, clear lenses, impressive sponsorship livery, and BBS wheels recently shod with new Michelin tires.

With the body panels removed, Porsche’s extraordinary engineering excellence is visible in its full splendor. The engine, gearbox, and suspension are very accessible and beautifully presented. The recently replaced turbocharger sits proudly amidst the awe-inspiring engine. The entire car shows care and attention to authentic period details while benefiting from recent updates including new seatbelts, AIM data system, new Bosch fuel pumps, and crack test certification. Every aspect of the sophisticated interior, engine management systems, instrumentation, and supporting components for the car are professionally presented and ready for serious competition. Among the more recent outings, the car participated at Rennsport II and III in 2004 and 2007, the Rolex HSR Historic Endurance, and both the Classic Daytona 24 Hour and the Monterey Historics in 2014 and, under current ownership, participated at Monza and Nurburgring in 2019. The car is accompanied by service records, a center hub knockoff tool, a spare set of headlight covers, a spare set of front corner canards, and a small selection of trackside spares.

The premier racing car of its era, the 962 remains at the top of every motorsport expert list of great cars both in terms of desirability and performance prowess. It is not only eligible for an expanding number of premier historic racing venues around the globe, this 962 has the potential to be one of the most competitive cars at these events, including the Le Mans Classic, Daytona 24 Hours and Sebring 12 Hours Classics, Monterey Historic Reunion, HSR and SVRA events, and Rennsport. And while the 962 remains one of Porsche’s most successful race cars, the 956/962 represents a fraction of the cost of other historic Porsche race cars, including the 917 or 550 Spider. 962 values trail even some 911 variants (both street cars and race cars) despite their performance prowess exceeding these cars in many ways. With this context in mind, the 962 is not only historically engaging and superlative in performance, it is also attractively priced for an enthusiast seeking command over a superlative competition car. This documented, well-maintained, undamaged Porsche 962 is the ideal example to relive the evocative and engaging IMSA racing days from this dynamic period of motorsports excellence.

1987 Porsche Other 3.2 Liter Turbocharged Flat-Six is listed for sale on ClassicDigest in California by Fantasy Junction for Not priced.

ClassicDigest Market Radar on Porsche Other 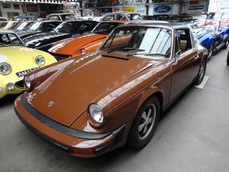 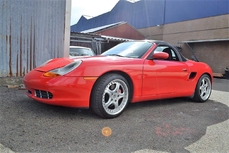 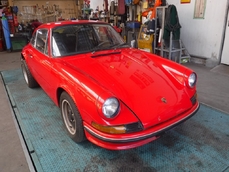 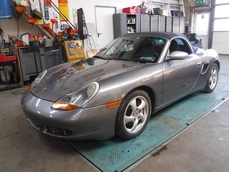 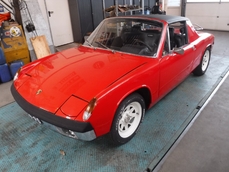 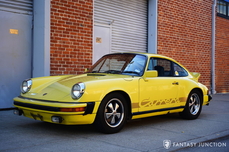 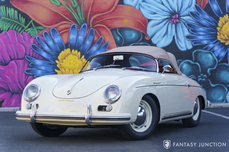 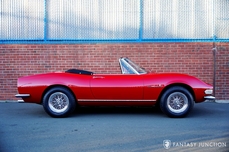 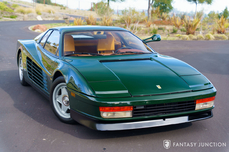 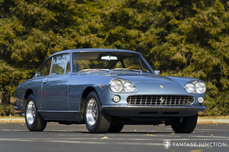