and the best bit, it is the 2nd #2 Bay window Devon Torvette ever made so quite possibly the earliest still in existence (there can only be #1!)

I acquired this original unrestored early bay window camper October 2014 from the original owner who I have known for 20 years.

The van has been well cared for all its life by the gent who bought it new in 1968 from a local VW dealership in Manchester. Now in his 80's he decided to part with the camper late in 2014. It had not been on the road since 2000 and so despite being dry stored require some recommissioning work so I carried out the following:

I removed the 1500 single port engine (which ran fine), stripped it to the long block and had the tinware blasted and painted. Fitted a new main seal (as the engine was out) and other gaskets and reassembled the engine.

Whilst the engine was out I had the fuel tank restored professionally with the RENU process (at a cost of £400) and replaced the CV joint boots as access was easy. Fuel line was of course replaced throughout with R9 grade Ethanol resistant hose.

The Devon Torvette interior shows little usage and is almost new. It has a pull out double bed, Dudley cooker and all original cushions and curtains. It also has a Westfalia style cab bunk suitable for a child. The only thing I can see that is not standard is the flooring which has been re-carpeted at some points.

The body was repainted about 20 years ago, has original sills and battery trays, door steps and floors so is an amazingly original RHD van.

It is unlikely that an effectively one owner Devon camper will every come up for sale again as very few people would keep a vehicle for 46 years and it is this which brings me to the asking price.

Many more photos and details of recommissioning work can be seen here:

1968 Volkswagen T2 is listed for sale on ClassicDigest in MANCHESTER for €30000. 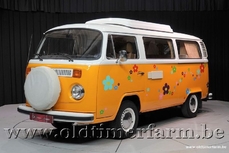 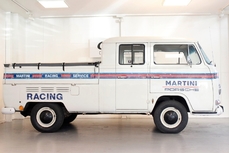 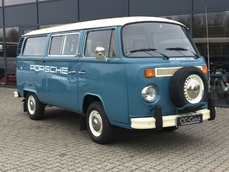