Allgemeine Beschreibung : Description
When was the last time you saw a 1940 Buick Super Eight coupe? Not only is this the special kind of body you rarely see at the car shows, but also it's exactly how you want a classic of this caliber – with an original-style look and the correct straight-eight under the hood.
Burgundy always looks great on these classics. It gives you hint of red-like flair, but with a deeper tone to give it the proper sophistication that an 80-year-old patriarch deserves. It's a classic lacquer finish that is not perfect, and so there are plenty of people who are going to look at this and simply assume its original (we 'll even keep the secret that this was born a green coupe.) And where this one really commands attention is with the desirable 1940 body that eliminated the running boards and integrated the headlights for a much smoother style. Plus, you have the attractive dual grilles, chrome bumpers, flowing fenders, and handsome trim line that highlights the tapered body. It really has all the classic components in place, right down to the two-piece wheel trim with whitewall tires.
There have been some nice investments inside to keep this feeling comfortable without jeopardizing the vintage atmosphere. For example, you get two wide rows of bench seats, but are now finished in a newer supple leather. The door panels were done to coordinate, and even the carpeting is new with a nice matching piping. We especially love how they refinished the machine-turned panels of the dash. Plus, the artful and big three-spoke wheel with Buick center cap is the perfect helm for a car of this stature.
You'll love parking this one at car shows and opening up both sides of the butterfly hood. And what's inside is also quite impressive. The 248 cubic-inch straight-eight looks exceptionally correct. This has been given the right maintenance, and there's even a new radiator to help keep it running cool. So this is a classic for drivers. The motor fires to life with a smoothness you wouldn't expect from a pre-war machine, but that's the true secret of the straight-eight. You get full control over this long block thanks to the three-speed manual transmission. On the road, this car also feels much more modern thanks to Buicks independent front end and coil spring rear. It's all part of a package that not only impresses you with how it looks, but also how comfortable authentic pre-war motoring can be...if you're in the right car.
This is one of those complete and clean rare treats that have appears to have all the best original pieces still in place. So if you love a long and curvy true classic American, don't miss this Super coupe. Call now! 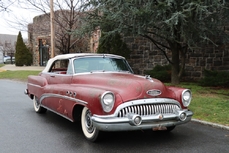 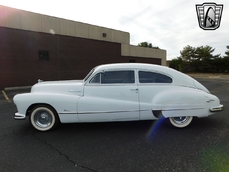 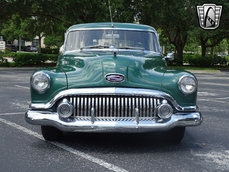 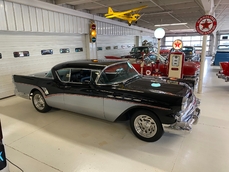