Allgemeine Beschreibung : Description
This very slick 1966 Dodge Charger has a lot to offer. In particular, this one carries a stout 440, offers a heavy-duty look that's hard to resist, and in a show field full of later Chargers, this sleek fastback is going to stand out!
The deep burgundy paint looks recent and the sleek Charger certainly wears it well. You can see this car's details echoed in its younger siblings, starting with the smooth front end and folding headlights, as well as the familiar Chrysler arrow-shaped detailing on the sides of the quarter panels, a shape that would also appear on the inner door panels of the second-generation cars. It may not be a trailer queen, but it has certainly won it's fair share of trophies at local shows. Make no mistake, this is a big car, and the dramatic fastback profile only makes it look longer, while the big hood scoop makes it look much meaner, giving it a lot of presence on the streets and accentuating the look of performance. You also get more chrome on this one than the later cars, including the wonderful trim that runs along the tops of the fenders and back to a set of mini fins flanking the fastback deck. The chrome bumpers are probably original, while irreplaceable pieces like the grille, hideaway headlights, and single taillight complete with 'Charger' script in back remain in excellent shape.
The interior is still one of the coolest to ever grace a car coming out of a Chrysler factory, starting with two sets of bucket seats and two center consoles. The gauges are too cool to be believed, with numbers wrapping around the silver bezels and tracked by orange needles in the center, and they are joined by a small white-faced temperature gauge under the dash. The seat covers and carpets are practically new, same with the dash pad, while the rest seems to be nice original stuff that's been restored and well-maintained over the years, with hardly any signs of use and age. The original AM radio is still in the dash, and amazingly enough it's still working! The big 3-spoke steering wheel is still in place as well, anchoring the cabin and drawing everyone's eye with its intricate design, and the black mill work on the dash does a great job to contrast the red inside. The back seats are surprisingly spacious under that sloping rear window and yes, the trunk is positively massive.
This Charger is a serious performer as well, thanks to a strong 440 cubic inch V8 living under the hood (the original numbers matching 363 V8 comes with the car as well). Wearing a bunch of chrome and polished pieces, an Edelbrock 4-barrel carburetor, Weiand intake, and stock-style headers, it's a torque factory that looks great in the cavernous engine bay. And speaking of that engine bay, it's been beautifully painted to match the burgundy body, an all the bling under the hood really pops out. It starts easily and idles with a healthy rumble from the twin Flowmaster mufflers and all that power gives this big Charger the moves of a much smaller car. Backed by a 727 TorqueFlite 3-speed automatic transmission and tall gears, it's an easy car to maneuver around town and a superb highway cruiser. The undercarriage is in great order, looking slick with color-matched pans and blacked-out components throughout, and with power steering and front disc brakes, this big Mopar can be driven regularly with confidence. And you can't argue that those killer US Mag wheels and 235/60/15 front and 255/60/15 rear BFGoodrich T/A radials don't give this car a very butch look.
Available for a fraction of the price of its younger brothers, this Charger has just as much to offer, including an awesome look that you won't see everywhere you go. Call today!

1966 Dodge Charger 440 V8 is listed zu verkaufen on ClassicDigest in Dallas / Fort Worth, Texas by Streetside Classics - Dallas/Fort Worth for $59995. 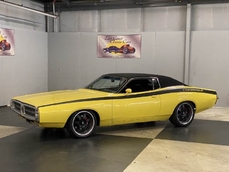 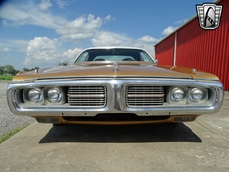 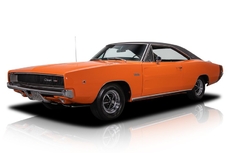 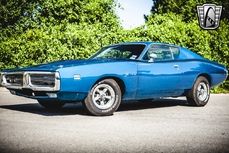