Allgemeine Beschreibung : The Studebaker family had been wagon builders since the 1700's, establishing a reputation for quality products that was unmatched. The company was among the first to establish a network of dealerships and agents throughout the United States, building on name-recognition based largely on wagons built for the Union army (and often captured by pleased Confederates) during the Civil War. It was that network that formed the basis for the company's successful expansion into electric and later gasoline automobiles in the early 1900's. By 1920 all Studebakers were six-cylinder and gasoline-powered with a reputation for quality that continued that built by their Conestoga wagons.

This 1922 Studebaker Special Six Touring, powered by a 289 cubic inch L-head six-cylinder 50 brake horsepower engine with 3-speed gearbox and shaft drive to the rear wheels, is typical of Studebaker's solidly designed and built automobiles. Its 4/5 seat touring car body has room for a family. The body is finished in French Blue with black fenders, aprons, hood and radiator and it is surprisingly well-supplied with accessories. They include black leather upholstery, a full black cloth top, side curtains, a Studebaker branded MotoMeter, Liberty Lens headlights, an S&M oval driving light on the headlight spreader bar and Stewart speedometer. It rides on French Blue wood spoke wheels with 33x4 1/2 inch whitewall tires including the rear-mounted spare. The front bumper and light bezels are chromed while the dashboard gauge bezels and interior brightwork are nickel.

The engine compartment is highly and accurately restored, tidy, clean and shows little effect from use. It is an excellent example of Studebaker's quality, rugged and good performing automobiles, an ideal participant in tours where its 50 horsepower performance and smooth six-cylinder engine will move a full complement of passengers along at lively speeds well above those of most of its contemporaries.

1922 Studebaker Other Six Touring 4 Door is listed zu verkaufen on ClassicDigest in St. Louis by Hyman Ltd. for $37500.

ClassicDigest Market Radar on Studebaker Other 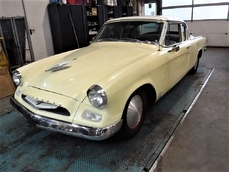 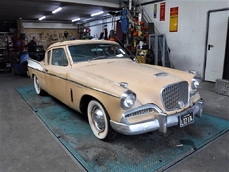 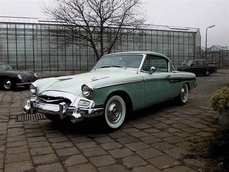 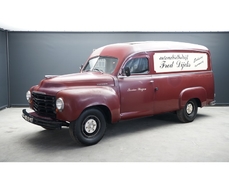