Allgemeine Beschreibung : The car is a 1960, in rare L349 Jade Green color, with semaphores bought by me in Fredrikstad Norway.
I saw it in person in march this year, a car that I worked over 1 year to buy.

She was bought new by a highschool janitor from Fredrikstad, who used it until 1982. Then the car was stored in a garage where it stood parked until 2012. in 2012 the car got taken out by the second owner, a 38 year old from Fredrikstad, who put 5 new Vredestein Sprint Classic tires and new brakes on it, and used it only 500 km in 3 years.

There is no restoration done on the car, there is no welding, undercoating or whatsoever used on it. The 2 front wings had a re-spray done, but not by the last owner, this must have happened between 1960-1982.

No signs of accidents in the past

As you can see, the car has no rust, exept for some "patina" on the shell. I took of one of the running boards to see, and even there is no problem.

The heating channels and the floorpan need no work at all.

The inner wheel arches are free from coating, and are 100% healthy.

The 5 wheels on the car are the originals, pearl white inside, swamp green outside, as they came out of the factory.

The interior is the original too, with some traces of use. also here we find the correct material and color ; dust green cloth and light green leatherette.

The headliner is correct in light beige, and is the original aswel.

The radio , a Becker Avus unit, is in perfect working order, combined with a Poddig antenna, that is missing only its top, but slides out and works.


1960 Volkswagen Käfer Typ1 is listed zu verkaufen on ClassicDigest in Aarschot by Christophe Janssens for €12500. 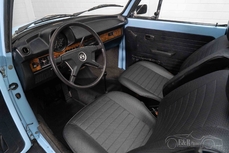 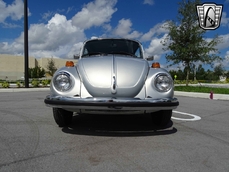 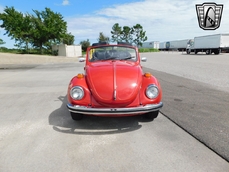 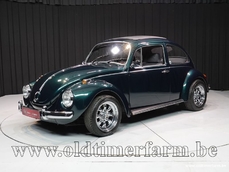