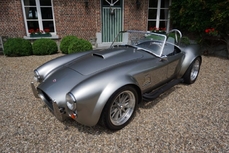 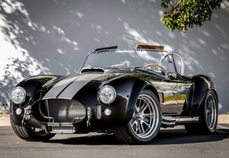 175000€
95, rue des BruyèresLU-1274 Howald
More
About AC
AC Cars formerly known as Auto Carriers, is one of the oldest independent car makers in Britain that has its roots going as early as 1903.

AC appeared to a greater public with AC Ace, a lightweight roadster designed by John Tojeiro with a Weller-designed 2-Litre engine. Soon after, car dealer and racing driver Ken Rudd fitted his own competition Ace with a pre-war BMW-designed, Bristol-produced six-cylinder engine. This combination became known AC Ace-Bristol in 1957 -the car raced at Le Mansin 1957 and 1958.

In 1962, AC was approached by a certain Carroll Shelby to use a small block Ford v8 engine in the Ace, producing the AC Cobra -The legend was born, initially with 260 & 289 engines.

When switching to a bigger 427 engine, a completely new chassis was needed. In collaboration with Ford’s computers and the experience of the AC engineers, the new MKIII was born with thicker main tubes for the chassis, huge cross-braced shock towers and coil springs all around. This, along with the "side oiler" 427 engine, made the new AC Cobra MKIII a formitable race car. Initially a commercial failure, has now become the most replicated auto mobile ever.