General description : Description
This rarely found 1970 Oldsmobile Rallye 350 is one of only 3547 built, and while they might have been largely overlooked when they were new, these affordable muscle cars with their unique look won't be this affordable for very much longer. Nicely restored and maintained, this Olds absolutely delivers on the promises made by its outrageous bodywork.
The Rallye 350 was designed to compete with the Road Runner and other "affordable" muscle cars, delivering the performance look with a more mild powertrain ("mild" being a relative term). All 3547 "junior" muscle cars wore the same bright Sebring Yellow paint job (and this one does indeed have the Special Package option on the trim tag) with color-matched bumpers and a dramatic satin black graphics package, twin-snorkel fiberglass hood, and decklid spoiler, so it certainly looks the part of a maximum muscle performance car. It is only recently that these cars are achieving collector notoriety, so finding one accurately restored like this can be a challenge. The sheetmetal is in great condition, particularly the bulging rear quarters that look like horsepower rendered in steel, and while it's not perfect, it offers great gaps and doors that open and close easily. The decals, stripes, and logos are all accurate reproductions, and yes, the factory urethane-coated bumpers remain in place (many were jettisoned in favor of stock chrome units by irate dealers who struggled to sell the unusual-looking cars). Today, however, the Rallye 350 stands out as something special that's finally got collectors' respect.
Despite their target audience being folks looking for affordable performance, this Olds is dressed up in some expensive designer clothes inside. The factory bench has the proper upscale pattern that Oldsmobiles are known for and is quite comfortable and stylish. The dash was standard Cutlass fare with burled walnut appliques and brushed stainless steel on the gauge faces, and as an Oldsmobile, this one carries factory A/C that was only available with the automatic transmission. Remote mirrors with color-matched housings were included with the package, and this car also still has its original AM radio that goes with sale, as an aftermarket AM/FM/Cassette was installed at some point. Everything is restored and in good shape, from the door panels to the carpets, and the trunk is sans mat to show off its sheetmetal and carries a full Rallye spare.
The only engine in the Rallye 350 was the L74 Oldsmobile 350 which was rated at a stout 310 horsepower, and thanks to a 4-barrel carb and new H-pipe dual exhaust, this car scoots just the same. Reproduction decals were used wherever possible and even the little stuff is accurate, making this Olds look and run like it's supposed to. The air conditioning system is still on trusty R12 refrigerant and still blows cold at time of print! A rugged TH350 3-speed automatic backed by an Oldsmobile 12-bolt rear (which is different from the Chevy version) makes for an indestructible powertrain, and 3.23 gears out back make it an effortless highway cruiser. Factor in the power steering and power brakes, and you might realize that you can actually enjoy yourself in between the burnouts. All Rallye 350s got the FE2 performance suspension setup and color-matched Rallye II wheels, and boy is that yellow looking good.
With its distinctive look and impressive performance, the Rallye 350 is a serious alternative for hobbyists looking for something a little unusual. Add in a good maintenance history and factory air, and this is one you can drive and show with pride. Call today!

1970 Oldsmobile Cutlass Rallye 350 350 V8 is listed for sale on ClassicDigest in Dallas / Fort Worth, Texas by Streetside Classics - Dallas/Fort Worth for $29995. 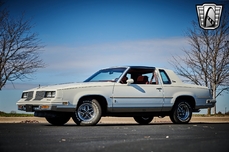 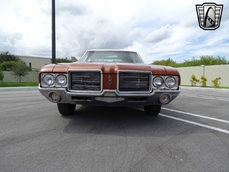 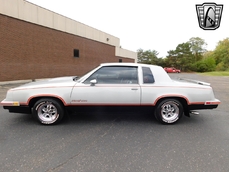 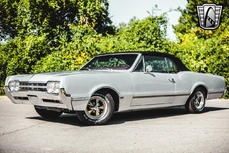 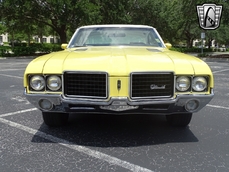