Allgemeine Beschreibung : Description
The 1975 Datsun 280Z is a cool and appreciating Japanese classic. But this one also adds a ton of custom attitude with a performance upgrade that includes a 383 stroker V8, overdrive transmission, and a custom look that instantly announces this one is something extra special.
A nice shade of burgundy and a nice metallic element love to draw extra attention to this special coupe. But that's far from the only custom touch. This has a sporty and sleek front end with a custom front bumper package that looks like it came straight off a racetrack. There's a similar style out back where the protruding factory rear bumper has been replaced by a sleeker color-matched unit with plenty of speedy style. And the wheels have not only been upgraded to 15-inch units, but they have the polished look of performance. The idea on this total package is to give you that classic Z-car look while also announcing this one is something extra special.
The interior retains a lot of the classic Z pieces that most of us love. The high-back front bucket seats have a very stock feel, right down to the European-style venting. The Z has the occasional-use rear seat that also folds flat for extra cargo space. The center stack still has the factory air conditioning controls (will need components and servicing to return the function) and the stereo is now an AM/FM/CD unit with Bluetooth. You get the classic Datsun three-spoke sported steering wheel, and beyond that are the deeply recessed speedo and tach in their own individual pods. The B&M floor shifter and AutoMeter Sport-Comp auxiliary gauges are an instant signal of something special under the hood.
There's nothing Japanese about the engine bay. That's the unmistakable appearance of an American V8. And it has the hardy look, right down to those polished fabricated valve covers. This is a 383 cubic-inch stroker motor that's built with go-fast goodies like a Holley four-barrel carburetor, upgraded intake, and shorty headers that add power while contributing to the rumble of the dual exhaust. And this ultra-tidy engine bay also reveals nice supporting components, like the ProComp wires and Griffin aluminum radiator w/electric fan. It's a fully detailed package, right down to the work light that's still mounted to the inner fender. The V8 upgrade is paired with a 700R4 four-speed automatic transmission that's built to handle the extra torque as well as provide overdrive comfort. The reason why you use a Z-car for an upgrade like this is because you get to take full advantage of its sharp-handling fully-independent suspension. Plus, there's power steering, power brakes, front discs, and modern BE Goodrich gForce tries.
Complete with owner's manual, this is the custom Z-car that's distinct, powerful, and absolutely cool. So don't let this deal slip away. Call now! 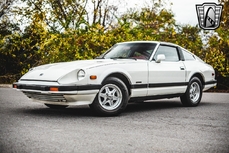 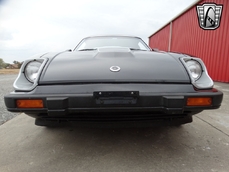 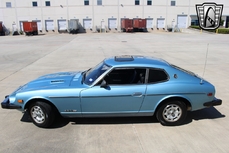 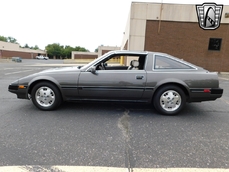