Allgemeine Beschreibung : In 1955 George Romney and Jim Nance were at odds over an agreement between Packard and the new American Motors Corporation, where Packard was to produce and sell V8 engines to AMC and AMC was to sell certain parts and body stampings to Packard. AMC was buying the engines, but Packard wasn't buying any parts from AMC. In a big "kiss off" to Nance, Romney ordered his design team to come up with a small V8 that could power the mid-range Hudsons, Nashes and other AMC products.

They out did themselves and produced the 250 V8 that ran remarkably smooth, pumped out 190HP and got nearly 20MPG at 50 miles an hour... and they did it in less than a year. Nance proceeded to make Romney the butt of jokes around Detroit and New York.. However, Packard/Studebaker didn't make it into the 60's... AMC "rambled" on up into the mid 80's before going the way of the Dodo. Who had the last laugh...?

What about THIS Hudson Hornet Super Special?

It is one of just over 1500 ever made. She is a four owner car, the first owner buying the car from Wissler's American Motors in Pennsylvania and eventually selling the car to Don and Pauline in 1983. They only owned the car for 3 years before Don asked Pauline to put her out front with a For Sale sign. Pauline didn't want to lose the "The Green Hornet", so she listed her at a high price, thinking she wouldn't sell. Several days later, despite her "high" price, the car was sold. The next owner hardly used the car and over the next 20 years drove her less than 2000 miles. Pauline saw the car listed locally in 2005 and promptly bought her back. Her husband Don was easily able to fix the issues the long period of dormancy had wrought on The Green Hornet and they continued to enjoy her until Don passed away several years later. Pauline continued to drive and enjoy the Green Hornet for several more years but as she became less able to drive her, she decided it was again time to let her go.

That is when the orphan brand foster parent Jim came into the picture several years ago. He brought the paint back up to a beautiful shine and gloss, simply cleaned her and drove her a bit but as a foster, he knew she'd probably be on to find a new home.

Here we are 60+ years later and the Green Hornet is still going strong. All original paint, original engine, original interior. 84,000 miles and in VERY good condition all around.

The paint is in wonderful condition with only a few blemishes here and there.. she is over 60 after all. The body is rust free despite being a northeast car all it's life.

The interior is also in great shape with just some stains in the headliner and much less than normal wear and tear one would expect on a 64 year old car. She's equipped with a 4 speed automatic transmission, power steering, vent windows front and rear and a fold down seat that transforms into a large twin/double bed.

Brakes are four wheel drum but it has great pedal feel and stops the car solidly.

The engine is original and to our knowledge has not been rebuilt, just well maintained over it's lifetime.

This car runs and drives well and is absolutely ready to enjoy.

Any questions, for many more photos and video, to schedule a time to see her or to make an offer please don't hesitate to contact me.

Thank you for the interest.
Dokumentenbeschreibung :

1956 Hudson Hornet is listed zu verkaufen on ClassicDigest in Middletown by David Brill for $18000. 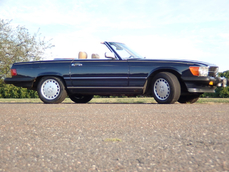 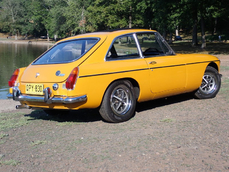 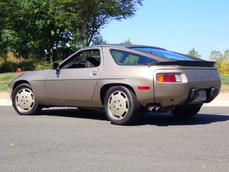 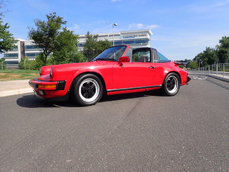 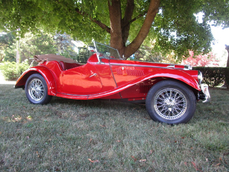