Allmän beskrivning : The Jaguar E-type or XKE must be the best well-known sports car from U.K. The E-Type Series One is considered by many the most beautiful car in the world. Even Mr Enzo Ferrari is supposed to have said so back in the day. And, perhaps some of the lines in the 275 GTB were influenced by the Jaguar.

Exterior: This 1964 Jaguar E-type is best described as a nice daily driver. It was repainted 20 years ago and it has been used since then. Scratches and chips are evident. The chrome is ok with some smaller pitting on the tail lights. Glass and rubber are in good condition. Chrome spoke wheels are good and tyres are ok.

Interior: Nice clean interior, good dashboard, all instruments look very nice and are in fully working order. Nice and clean spare wheel compartment and no signs of any corrosion.

Engine: Today a 4.2l straight-six is fitted to this Jaguar E-Type Coupe Series 1. The engine has been recently rebuilt with new pistons and bearings. Also, head was rebuilt with new valves and grinded valve seats. New seals. All this work was done in December 1999 (km reading then was 62,000 and today is 64,000). The brakes had work done in 2017 with new seals in the callipers, new brake hoses and a new brake cylinder. Carburettors were rebuilt and some joints in the front end replaced. A main power switch is installed. The car starts easily and runs great.

History: The 1964 Jaguar E-type came from Colorado USA and was registered for the first time in Sweden in March 1990. The first owner was a dealer and sold the car in April 1990. After this, the car had 3 owners and the last owner has had the car since 1995. It comes with a binder of collected receipts over the years including some documentation also from the time in USA.

1964 Jaguar E-type XKE E-type Coupe Series 1 is listed till salu on ClassicDigest in Saxtorp by Classix by Schiebler Scandinavia AB for €75000. 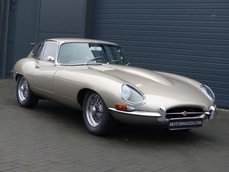 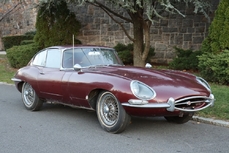 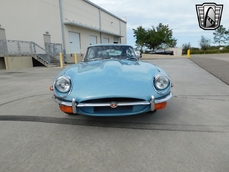 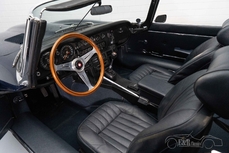 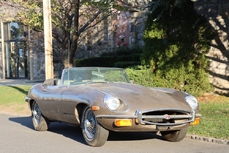