Allmän beskrivning : Description
This 1966 Shelby Cobra 428 ERA, chassis #260, has a ton of style, but what you'll really love is the substance behind it all. That's because you have a performance-built 428 V8, fully independent suspension, four-wheel disc brakes, five-speed, and so much more.
It's hard to resist a Cobra finished in blue and white. It's like Carroll Shelby made sure this color theme was as much a part of the legend as the throaty exhaust note. And this one does it with some added style with details like a metallic element in the paint to make it really pop in the sunshine. And the wheels are painted for a touch of flair. It's part of a reoccurring theme you'll see on this car that delivers both style and substance. After all, bright pieces like the roll hoop and coated side pipes add shine, and at the same time, they make it a true racer.
The black interior continues the competition machine attitude, and with only about 1,200 miles on the whole build, everything remains crisp and clean. The classic-style bucket seats have nice padding and proper Simpson racing harnesses. More vintage elements get the Cobra atmosphere right, like the wood-rimmed AC steering wheel and forward leaning shift lever for the driver's ideal placement. And the dash has a great look with the clear Stewart Warner full gauge package with GPS speedo and large tach.
A 428 cubic-inch big block is always awesome to have under the hood, but that's just the base for this full high-performance setup. The V8 includes its correct police interceptor intake, Cobra Jet heads, roller cam, roller rockers, polished crank, and forged pistons. The air box seals to the hood so that you get cold/fresh air feeding the Holley double-pumper four-barrel carburetor. If this sounds like a professional grade setup, it's because the motor builder was said to have worked for Holman & Moody! Jet Hot coated headers add extra power while feeding the growling side pipes. And you're in complete control of this motor's fury and thunder thanks to the Doug Nash 4+1 five-speed manual transmission featuring a Centerforce clutch and flywheel. Because this is built for strong competition driving, you have a strong steel chassis and a fully-independent suspension. And don't forget that the Jag rear end means the rear disc brakes are inboard for less unsprung weight. This vehicle is titled as a 1999.
The consigner is also a member of a professional race team, and so you know he wanted to take the time and get this right. That means a top-quality true performance build is up for grabs. Don't let it slip away. Call now! 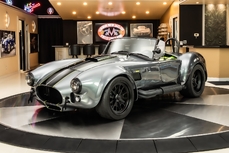 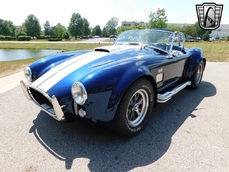 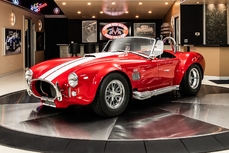 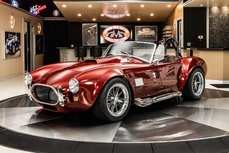