General description : Vintage and Prestige are proud to offer this 1960 Austin-Healey 3000 MKI BN7 For Sale.
Registration: GVS 290
Chassis no: HBN7L10174
Mileage shown: 13,542
This stunning BN7 catches the true essence of a British sports car; the body is sleek with sporty lines, the exhaust note is raspy and the performance is exceptional.
The exterior is finished in Colorado Red and thanks to the re-spray in 2014 it is in excellent condition. The wire wheels and wing vents have been finished in Black which really adds to the sporty feel.
Thanks to a thorough mechanical sort out the engine is running beautifully and pulling well, perfectly ready to be used. The engine fires immediately and once sat behind the wheel the true brilliance of this Austin-Healey is realised.
This BN7 two-seater was built in June 1960 and despatched to Los Angeles, California later that month; GVS 290 made its return to the UK in 1992 at which point it was treated to a full restoration with Cream and Red livery. This included conversion to RHD; an engine and gearbox rebuild using a later MkII 4-speed box with overdrive on 3rd and 4th; full brake and suspension overhaul including new rear springs and shock absorbers; rebuilt diff; new wiring loom; interior retrim including new grey leather seat covers piped in red plus numerous other items detailed on many invoices on file.
Thanks to a life spent in the hot California sunshine, the body, chassis and bulkhead were found to be in excellent condition. The whole car was treated to a bare metal repaint in Colorado Red. New 72-spoke 5.5" chrome wire wheels were also fitted along with a stainless steel exhaust and a Mota-Lita woodrim steering wheel.
The previous owner acquired the car in 2006 and used it regularly including a trip to the Le Mans Classic during which the car performed faultlessly. Between 2013 and 2014 the car was improved still further with many bills on file detailing the works carried out.   The car comes with no hood screens bumpers or Side screens as it was aleways used in italy in Sunny weather.
This included an overhaul of the brakes, steering and suspension (including king pins); new door skins, inner and outer sills, A and B posts, and a full respray. Prior to this the cylinder head was overhauled and new front brake discs fitted, the invoices for this lot amounting to over £12,000 excluding the repaint.
Since the early-1990s restoration was completed the car has covered just over 13,000 miles, the odometer being re-set to zero with numerous old MOTs
In our showroom and ready for viewing.
Call Richard Biddulph.
Mobile ++44 (0) 7967 260673
Sales & ValuationsVintage & Prestige of Northampton Ltd.richard@vandp.netwww.vandp.netShowroom:2 Ryehill Ct, Lodge Farm Industrial Estate, Northampton NN5 7UA
Service & Trim:Unit 29, Globe Industrial Estate. Grays Essex, RM176STViewings & Visits Strictly by appointment only please. We have on site long term storage for over 200 cars with 24 hour security & covered trailer delivery to customers anywhere in Europe.


1960 Austin-Healey 3000 MKI BN7 is listed for sale on ClassicDigest in Essex by Prestige House for Not priced. 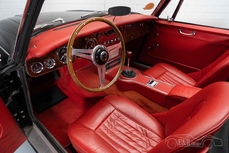 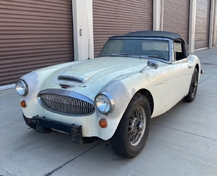 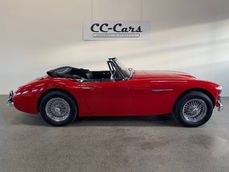 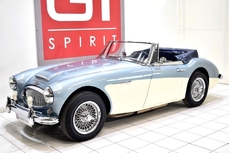 Essex
More
About Austin-Healey
Austin-Healey was a British sports car make created as a joint-venture between the Austin division of the British Motor Corporation (BMC) and the Donald Healey Motor Company.

First Healey model, Healey 100, was based on Austin A90 Atlantic mechanicals and developed by Donald Healey to be build in-house. They finished a single Healey Hundred for the 1952 London Motor Show. Leonard Lord, managing director of Austin was so impressed by the design that a deal was duly struck with Healey and the car was renamed the Austin-Healey 100 overnight. Austin Healey was born. 100 derived into 100-six, and different 3000 versions before they quit the production in 1968 as the basic design had finally become obsolete.