General description : Unveiled at the Paris Salon in October 1964 Ferrari's new berlinetta, the 275 GTB was an evolution of the preceding 250 GT cars such as the 250 GT "Lusso". The aggressive styling of the 275 GTB was quite similar to that of Ferrari's GTO and was regarded as being among the purest and most beautiful of any Ferrari built. Pininfarina had created a true, timeless classic of sports car design which was beautifully executed by Scaglietti. In October 1966 at the Paris Salon, Ferrari introduced the next evolution of the 275 GTB, the 275 GTB/4. Other than an increase in track by 24 mm, the chassis was unchanged. Outwardly the new car was the same other than a full-length bulge down the bonnet to clear the six downdraft Webers.
Delivered new to Ferrari dealers Martinelli & Sonico of Lugano, Switzerlandin 1967. Shortly after that, it was exported from Switzerlandto the U.S.A.with the first American owner listed as L.D. Alderman of Maryland. In 1973 Francois Sicard carried out major work for an unknown owner. In January, 1973 it was bank-owned prior to going to a Robert Neudeck of New York, NYwith the odometer showing 18,000 kilometers. Neudeck apparently liked this four-cam, owning it for over 20 years and putting some 15,000 further kilometers on the clock.
In the summer of 1997 it was advertised for sale in the Ferrari Market Letter "on behalf of one owner for the past 22 years". The car would later be treated to a ground-up restoration here at Legendary Motorcar. Since the restoration the has been driven very few miles and has stayed in concours condition.

1967 Ferrari 275 GTB GTB/4 is listed for sale on ClassicDigest in Georgetown by Legendary Motorcar Company Ltd. for Not priced. 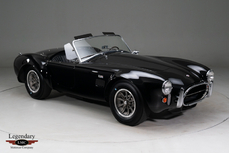 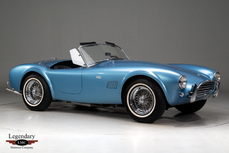 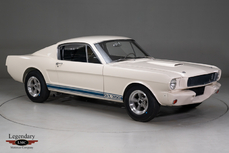 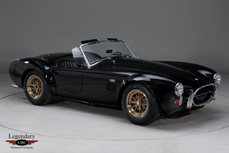 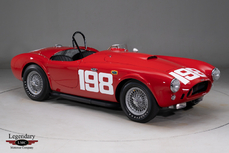 Halton Hills
More
About Ferrari
The first Ferrari road car was the 125 S introduced in 1947 and powered by a 1.5 L V12 engine, right?
Well it's not quite that simple, Ferrari did in fact produce e Tipo 815, in 1940. Tipo 815 was designed by ex-Alfa Romeo engineers Alberto Massimino and Vittorio Bellentani and by Enrico Nardi under Enzo's company but legal issues with the former associate Alfa Romeo prevented Ferrari from launching the Ferrari marque at that point.