General description : Created to honour Enzo’s son, the 246 GT was home to an evolution of the Ferrari Formula 1 V6 powerplant. Praised by the motoring press of the period, compact dimensions, a forgiving chassis and linear power delivery make the Dino a very enjoyable and capable companion, even in the present day.

Delivered new to il Signore Carlo Cavicchini of Genoa, Italy, this Dino 246GT enjoyed a very long stay under the Mediterranean climes of the Italian Riviera. Mr Cavicchini, a Ferrari aficionado kept his Dino until 1999 and we understand he sold it to an American collector in San Francisco who restored it.

In 2010 Mr Petricone, from Geneva, bought the car and became the third and last owner; maintaining her to the very high standard you see today.

The Dino 246GT has always been a popular model among the Ferrari Collectors. It represents the first mid-engine, road legal Ferrari and is a testament to Enzo Ferrari’s son, Alfredo (nicknamed Dino).

Every collection needs a Dino and this 246GT is a very fine example of the breed. Ready to be enjoyed by its new owner, this is also a sure opportunity to acquire one of the fastest appreciating Ferrari.

1971 Ferrari Dino 246 is listed for sale on ClassicDigest in Chiswick by Landmark Car Company for Not priced. 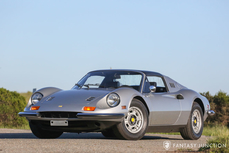 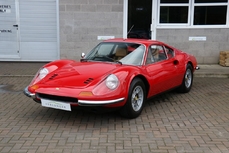 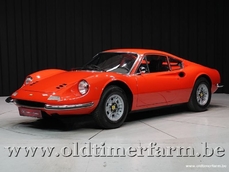 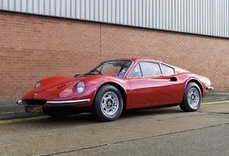 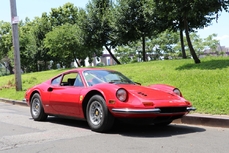 Chiswick
More
About Ferrari
The first Ferrari road car was the 125 S introduced in 1947 and powered by a 1.5 L V12 engine, right?
Well it's not quite that simple, Ferrari did in fact produce e Tipo 815, in 1940. Tipo 815 was designed by ex-Alfa Romeo engineers Alberto Massimino and Vittorio Bellentani and by Enrico Nardi under Enzo's company but legal issues with the former associate Alfa Romeo prevented Ferrari from launching the Ferrari marque at that point.