General description : The Jaguar XJ-S was a luxury Grand Tourer produced from 1975 to 1996 and replaced the Jaguar E-Type. The XJ-S was a very competent, fast and comfortable car with better aerodynamics than the E-Type. Fitted with the fuel injected V12 engine, the performance compared well against the Italian GT cars of the period, with acceleration of 0-60mph in 7.6 seconds and a top speed of 143mph. In 1988, Jaguar launched a full convertible version which remains still nowadays, one of the most beautiful open-top ever designed.

This XJS V12 5.3 Convertible was purchased new via Jaguar London Dealer HR Owen by His Royal Highness Sultan Ahmad Shah in January 2009. HR Owen stored the car at their garage for his use when the Sultan was in London.

In 1996, Mr Sanderson bought the car from the Sultan via HR Owen with a mileage of only 5,900 miles.

The third and last owner, a Jaguar enthusiast from Norfolk, bought it in 2008 when the mileage was 14,704.

Now totalling a mere 32,800 miles, this very elegant convertible is for sale for the third time in its life. Always maintained to a high standard, this XJS is the best we’ve ever seen. Finished in the very desirable Westminster Blue with cream Hide, the condition of this car is a credit to its very meticulous owners. Coming with its rare original radio and a nicely documented history file, this is probably the best XJS Convertible in the market, and certainly one with the lowest mileage. The cost of restoring one of these cars to the same condition as this one would be over £100,000.

With Jaguar XJS prices starting rising, this is the opportunity to acquire one of the best example of this very stylish Grand Tourer Convertible, an iconic piece of the glorious 80’s.


1989 Jaguar XJS is listed for sale on ClassicDigest in Chiswick by Landmark Car Company for Not priced. 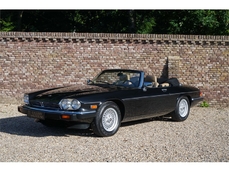 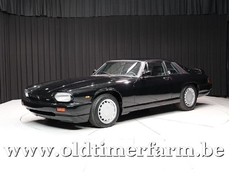 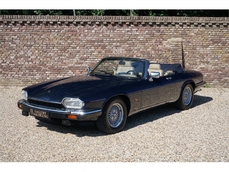 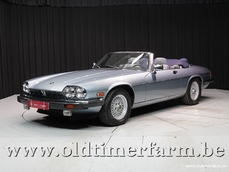 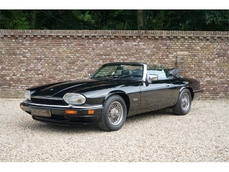