General description : Although Dr Ferdinand Porsche was responsible for numerous automotive designs during the 1930s, including the Volkswagen. The first car to bear the Porsche name was created by his son, Ferdinand “Ferry”, together with his long-time associate, Karl Rabe.  Designated ‘356’, the new car was built in 1947 and shown the following year, finally entering production in 1950.  From the autumn of 1953, the 356 was available in the UK, being well received and attracting much attention in the Motoring press with its sure-footed handling and excellent road manners, however, right hand drive models were only by special order. The 356 range was continuously developed and offered in numerous guises and endeared itself to enthusiasts in Europe and in the USA, and was to enjoy an illustrious production run which lasted until 1965.

This original factory right-hand-drive Porsche 356A Cabriolet, with correct engine, chassis number 61520, of which we are informed Porsche only produced 56 examples, was delivered new from AFN in Middlesex in January 1957. Finished in Aquamarine Blue and Red Leather all of which is of factory specification. It must have caused quite a sensation in 1950’s London with its bright metallic paint. Remaining in the UK since new, this rare Porsche has been bought in 1996 by Mr. Martin Winter of Doncaster, who appointed a renowned Porsche 356 expert, Bruce Cooper, to undertake a full ground up restoration to bring it back to original factory delivery condition. Mr Winter rarely drove the car and eventually put it up for sale. In 2003 it was bought by Mr. R. Cooper, a Porsche 356 enthusiast from South Yorkshire with an exceptional eye for detail. During his ownership, he maintained this Porsche to the highest standard.

With extensive history and a well-documented file this is an exceptional and rare opportunity to purchase a piece of Porsche history, a sure investment as it one of the rarest and finest example of this type of Porsche.

1957 Porsche 356 is listed for sale on ClassicDigest in Chiswick by Landmark Car Company for Not priced. 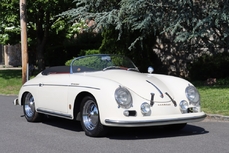 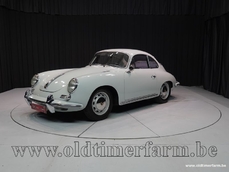 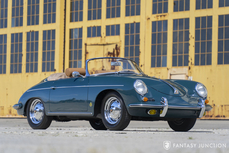 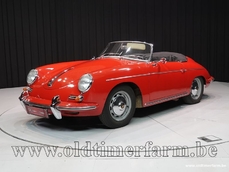