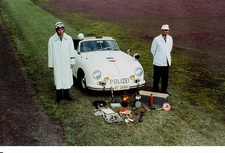 So guys, what do you think on my new AMG? It's a Hammer innit? 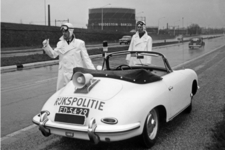 356 Cabrio Zuffies as Dutch Police Cars Think of a police cat today a Euro hatch back, stw or VW van. Dutch irks politic on get 60's were made of different wood, they drove Porsche 356 cabriolets

GM car designer Chuck Jordan was a known Ferrari lover. Chuck used park his Daytona GM's design garage, His staff would occasionally pull stunts on their boss, such as this GM-ish redesign on the Daytona 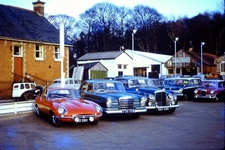 A photo of a British used car sales lot in the 60's. One can instantly spot Jaguar E-type fhb, Mercedes, Bentley S2, Cortina Estate and last but not least Riley Elf or Wolseley Hornet

ABC Active body control is making its way to modern cars. Just a reminder!!! the French were the first -Again!

There is still hope in this desolate world, reminded by this pre 65 face lift w110 190 Heckflosse.

It was not a particularly good day for the 280TE. 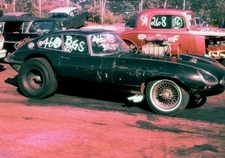 Drag racing early Jaguar E-type FHC , Nor sure what to make of it really!

The neglegted 190E 2.3-16 from 1985 was left to backyard of the current owner. It has been sitting outside almost decade. 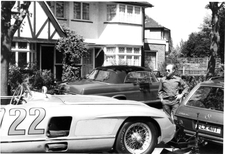 Believe or not, when Mercedes Benz sent their 300SLR 722 Moss-Jenks Mille Miglia record holder to England it was just put on a regular trailer. the tow car is 2780TE, the world's best STW ever.

Vintage glider craze does not end here, what were you expecting? This is my Flying Feather sailplane, one of early -if not the first- Pilot glider kit. Extremely rare bird that almost no-one has seen or even heard of. The kit out in the early 70, I got the plane second hand in the 80's.

This is exactly why modern F1 or motor racing in general is abouts as boring as watching paint dry! 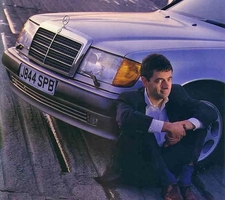 JoyRide : Mr Bean is a Taxi Driver ...of a kind 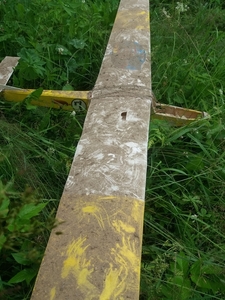 This is where it all starter on Xmas in 1983 or so. My very first RC plane ever, Pilot Tommy. The poor glider snapped its wing on a towline in 84-85 what was left of the bird was (kinda) patched in one piece put away in an attic and forgotten for 36 years. until now that is! 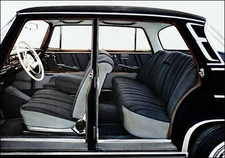