A beutifully executed 4.25 Litre VanDen Plas Style tourer.  This car started life as a Park Ward saloon & was rebodied post war with the rakish coach work we find on the car today.

This Two-seater Sports Tourer comes complete with full flowing wings, distinctive cut-away doors, chrome side strakes, rear wheel spats and an enclosed spare wheel cover.   There is a huge luggage platform behind the front seats which could easily have a single or bench seat fitted to allow it to carry more passengers.

The car comes resplendant in its bright blue paintwork with darker blue hide to the interior, all in beautiful order.  The T7 number plate first issued in Devon comes with the car.

The car is currently having a service completed by ourselves & a new hood bag constructed to tidy up the hood when in the furled position.  Mechanically the car is strong with a quiet engine, smooth ride & effortless gear box.

1937 Bentley Mk VI 4.25 Litre VanDen Plas style Drophead. is listed for sale on ClassicDigest in Essex by Prestige House for Not priced. 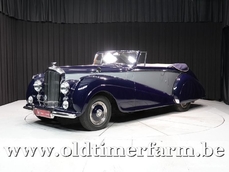 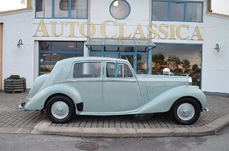 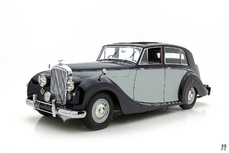 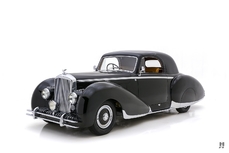 Essex
More
About Bentley
Before becoming a mere subsidiary to Rolls-Royce, Bentley was an independent Automaker famous for the "fastest lorries in the world" e.i Bentley 4½ Litre.

In 1931 Bentley was taken over British Central Equitable Trust that later proved to be a front for Rolls-Royce Limited. Unhappy with his role at Rolls-Royce, W.O. Bentley left the company when his contract expired in 1935 duly joining Lagonda. This was beginning of which ultimately led Bentley cars to become more or less badge-engineered Rolls-Royce.