General description : The Jaguar E-Type caused a sensation at its first public appearance during the 1961 Geneva Motor Show. Even Enzo Ferrari declared “this is the most beautiful car ever built!” And Enzo was a man who knew about car design. Sculptural lines and high performance, it was the first production cars to reach 150mph, with a remarkable road holding. Taller drivers though, could find the interior somewhat lacking in space, a criticism addressed by the introduction of foot wells (and other, more minor modifications) early in 1962. But of all the versions of Jaguar's long-lived and much-loved sports car, it is the very early 'flat floor' 3.8-litre cars built prior to February 1962 which, for many enthusiasts, remain the most desirable.

1961 Jaguar E-type XKE is listed for sale on ClassicDigest in Chiswick by Landmark Car Company for Not priced. 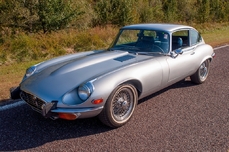 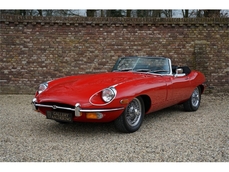