General description : Newly introduced for 1955, the Jaguar XK140 was broadly similar to, though more refined than, its sensational XK120 predecessor. Major engineering changes being confined to the repositioning of the engine 3" further forward and the adoption of rack-and-pinion steering. Outwardly the newcomer was distinguishable by its revised radiator grille, rear lights incorporating flashing indicators and larger bumpers, the latter adopted to withstand the cut and thrust of urban parking.

1956 Jaguar XK140 is listed for sale on ClassicDigest in Chiswick by Landmark Car Company for Not priced. 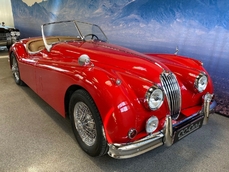 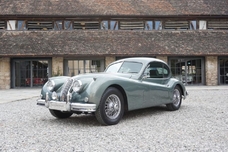 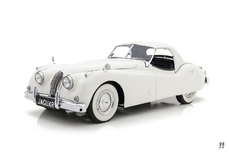 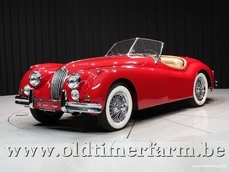 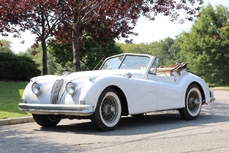